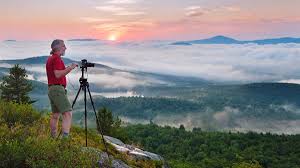 The Adirondacks: Season by Season, with Photographer Carl Heilman II

Well-known photographer Carl Heilman II will describe his experience photographing a single dramatic Adirondack scene each season for a year. This shoot for Adirondack Life Magazine became the inspiration for his book, The Adirondacks: Season by Season, published in 2017. Carl will also share observations of other favorite Adirondack spots. Light refreshments will be served. Cosponsored by the Albany Public Library Foundation and the Adirondack Mountain Club (ADK), with generous support from ADK.. Carl will sign and sell copies of his books after the presentation. Registration recommended.