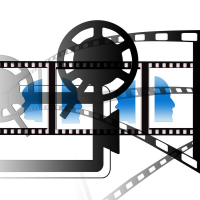 [For ages 18 and up] Join us for a monthly screening and discussion offered in partnership with WMHT, the Center for Law & Justice, Youth FX, and other community organizations. In honor of LGBTQ Pride Month, for June we will screen The Death and Life of Marsha P. Johnson. This screening will be facilitated by local performer and presenter London Jae Precise.

About the film: Academy Award nominated director David France’s (How to Survive a Plague) new documentary centers on self-described “street queen” Marsha P. Johnson, legendary fixture in New York City’s gay ghetto, who along with fellow trans icon Sylvia Rivera, founded Street Transvestites Action Revolutionaries (S.T.A.R.), a trans activist group based in the heart of NYC’s Greenwich Village. Mysteriously, Marsha was found floating in the Hudson River in 1992. At the time, the NYPD pegged her death as a suicide, a claim that Marsha’s comrades have always firmly rejected. Structured as a whodunit, with activist Victoria Cruz cast as detective and audience surrogate, The Death and Life of Marsha P. Johnson celebrates the lasting political legacy of Marsha P. Johnson, while seeking to finally solve the mystery of her unexplained death.