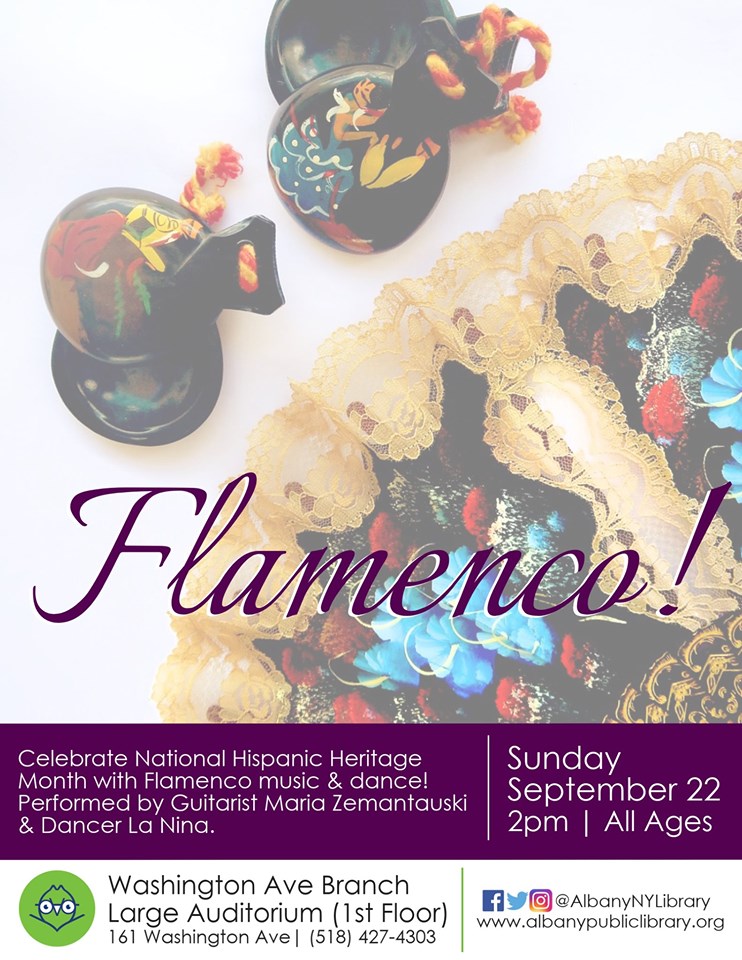 [For All ages] Come celebrate National Hispanic Heritage Month with the music and dance of Flamenco. Performed by guitarist Maria Zemantauski and dancer La Nina.

Maria’s programs are a dynamic blend of artistic freedom, innovation and tradition, highlighting both traditional music and dance forms as well as original compositions inspired by the traditional forms. Zemantauski is one of the world’s few heralded female flamenco-style guitarists, and one of even fewer female flamenco composers. She has performed in Spain, Italy and across the continental United States to great acclaim.

“La Niña” aka Rebeca Byam, a high school Spanish teacher for 33 years, has been teaching flamenco and tap for 11 years. A native of Colombia, South America, she studied flamenco in NYC with master dancers Jose Molina, Jorge Navarro and Mariano Parra, and in Spain at the Academia de Flamenco de Mariquilla in Granada.