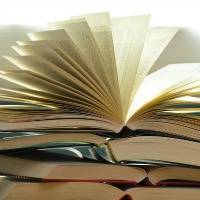 [For Ages 18+] Join us for a specially added session in this book discussion series offered by Showing Up For Racial Justice. For this session we will continue our discussion of The New Jim Crow, by Michelle Alexander.  The New Jim Crow is a stunning account of the rebirth of a caste-like system in the United States, one that has resulted in millions of African Americans locked behind bars and then relegated to a permanent second-class status—denied the very rights supposedly won in the Civil Rights Movement. Since its publication in 2010, the book has appeared on the New York Times bestseller list for more than a year; been dubbed the “secular bible of a new social movement” by numerous commentators, including Cornel West; and has led to consciousness-raising efforts in universities, churches, community centers, re-entry centers, and prisons nationwide. The New Jim Crow tells a truth our nation has been reluctant to face.
Copies of the book are available to borrow through the library, and several will be held at the Howe Branch Circulation Desk in advance of this program.  To borrow one, simply come in and ask, or call us at (518) 472-9485.
For more information or with any quesions, please email Capital District Showing Up For Racial Justice at cdsurj@gmail.com